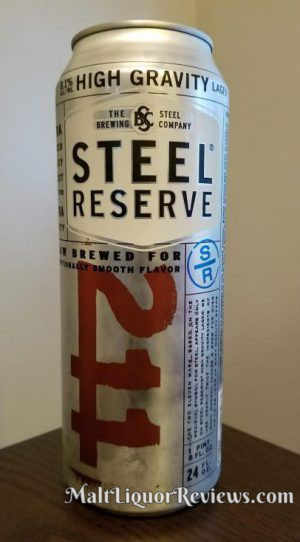 My colleague and I have not been looking forward to this review. It’s been years since either of us have drank a Steel Reserve 211, but we both had equally horrible nights the last time we drank one. I had myself a 40 oz of Steel Reserve on a Saturday night about 5-6 years ago and ended up blacking out and vomiting in my friend’s house before crashing on his couch and waking up feeling like complete and total shit. Here’s Nate’s memory:

Steel Reserve cockblocked me and f—-d me up. I was fresh off bashing skulls with sweaty dudes on the rugby pitch. We won the match, I was likely concussed, and my clear prerogative was to celebrate with all the debaucherous glee I could muster. After cleaning up and taking a few pre-game shots, my buddy picked me up outside my dorm. I opened the car door, and lo and behold this fine mama I’d been crushing hard on for a good semester was sitting right there on the hump seat. The night was getting good.

I sat my giddy self down, and not a second later was handed a 24 oz can of the one and only: Steel Reserve. Curious, and set on keeping the party train rolling, I confidently began downing the can. I remember thinking, “whoa this stuff is strong,” but that wasn’t going to stop me. I felt it was my duty to impress all present with my newfound chugging ability. In hindsight, it was a terrible impulse to act on.

I’m a guy who gets carsick real easy. It didn’t help the road we were driving down was curvy and full of potholes. Right before my vision started to blur, I remember someone in the car saying, “dude you should take it easy with that stuff.” It was too late. Panicked, I fumbled for the window switch. As the window creased, vomit roared through my esophagus and began rocketing part in and out of the car. I lurched my head out the window, and as we sped past unsuspecting pedestrians, purged until there was nothing left to give. I imagine everyone in the car was disgusted. Tears streamed down my face. The shame was great.

I ended up taking a taxi back to my dorm room. My friends found the whole episode hilarious. The girl was unsurprisingly repulsed and went out of her way to avoid me. We never talked again.

Nate and I set these awful, humiliating experiences aside in the interest of a fair and unbiased review. And surprisingly, what we found is that Steel Reserve 211 is not nearly as bad as we both remembered it.

Steel Reserve was released by Miller Brewing Company in 1994 and as of 2016 it sits as the #1 best-selling malt liquor in the US. In my own experience, it is typically the highest alcohol content:price ratio in any convenience store I go to, which is probably why it holds this #1 spot. According to the can, the “211” in the name is the ancient symbol for steel: 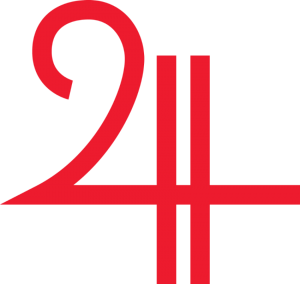 It kinda looks like the logo for an industrial goth band, to me. There are also conspiracy theories suggesting this is the penal code for armed robbery but I’m assuming these theorists have been drinking too much Steel Reserve.

I typically like to look into the checkered past of the malt liquors we review and some of their old marketing tactics. I didn’t find too much of note, except that The Ramones were once commissioned to make songs for a Steel Reserve commercial. It’s as bad as the rest of their music. [Please don’t email us your contrary opinion about The Ramones–Editor.]

As I mentioned in my opening, Nate and I braved this one together based on past experience. Opening the can and getting a whiff of the Steel Reserve brought back all of those horrible visions of the past, which was not a great start. Scents have strong ties to memories and these were awful memories of vomit and hangovers. It’s not a horrible smell on its own once you repress the past into the furthest recesses of your mind.

The smell is not too unlike musty apple cider with strong notes of alcohol. It’s obvious this malt liquor comes in a bit higher, at 8.1%. I once again had to repress those queasy memories as I brought the can to my lips but soon completely forgot about my early run-ins with Steel Reserve. One of the first things I notice is hops, which is a pleasant surprise since this is not typically something you taste with malt liquors. The other surprising characteristic is the lack of burn going down, considering I can simply smell the higher alcohol content. Smooth? Subtle hoppiness? This is not the Steel Reserve I remember. I actually enjoyed this.

As we were sipping on Steel Reserve we noticed there was a customer hotline phone number on the side of the can and we decided to give it a call. Unfortunately the call center was closed, but we were greeted by a friendly reminder: “if this a medical emergency, please hang up and dial 911”. It was a nice reminder that even though we were drinking responsibly, this is a dangerously strong brew. Take it from us: drink Steel Reserve in moderation and you just might come out of it with good memories of your evening with 211.